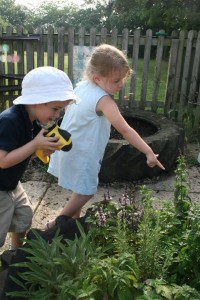 A fantastic amount of money was raised in 2013 and here are the grant recipients.

Thank you for the grant  that enabled us to buy some junior tennis equipment. This was used to good effect at the recent Great British Tennis Weekend – a great success.  David Gahan – Chairman HTC

On behalf of the children at Hanney Pre School we would like to say a big thank you for the very generous grant you awarded us. We have purchased fabulous cameras and the children have been busy taking lots of photographs. Watch out David Bailey! Georgia Newman – Hanney Pre-school 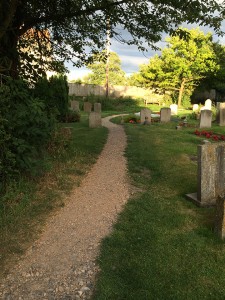 Path to Nigel Eady Community Wood – Thanks to the Michaelmas Fayre together with Grants from both EHPC and WHPC and a contribution from the Church, a path has now been laid from the gate to the Church all the way round to the entrance to the wood. It was particularly pleasing that it was finished the same week that the Wood was formally handed over! John Durant – Vicar

The award from last year’s Fayre set us off on raising money towards taking over the unused part of the hall’s bar store-room.  We will be able to increase  the space in both the shop and storage area which will make a huge difference to us.  We still have a little way to go but, hopefully, our plans will help to keep us open for another 27 years.   We are very grateful to the Michaelmas Fayre Committee for getting us going. Hazel Chairperson – Hanney Community Shop

Thanks to the Michaelmas Fayre we were able to subsidise our Christmas Lunch – much enjoyed by all the members and a great help on our very tight budgets. Sheila – Hanney Senior Citizen 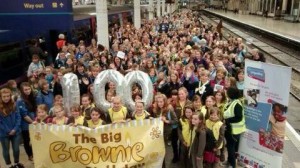 The grant we received from the Michaelmas Fayre 2013 was spent on craft supplies – we made little buckets of flowers for Mother’s Day and to celebrate 100 years of the Brownies we were lucky enough to gain places on a special train trip to London when we decorated our carriage. Please thank the Michaelmas Fayre committee for the contribution to our Brownie pack.  Jacquie – Brown Owl Hanney Brownies

Hanney Table Tennis has only been going for one season and continues to thrive, with a very large junior interest. It is perhaps exactly the sort of additional community activity that was envisaged in the legacy planning after the very successful Michaelmas Fayre. The average attendance over the last few weeks has been well over the maximum 12 players that can play at any one time on the three tables at each Thursday evening session. Darren Jones, an excellent Division 1 player and a qualified coach has kindly given his time and expertise for free too, which has dramatically increased the aspirations and understanding of the game for all the players. The Michaelmas Fayre 2013 generated a grant towards the Table Tennis and this will allow us to improve the equipment, provide team kit for matches in the district league this winter and possibly even allow some additional coaching and training. All the players remain very grateful to the Fayre committee for this generous assistance. Richard Anstis – Hanney Table Tennis

We are very grateful to the Fayre Fund for a grant to undertake a Feasibility Study an initial designs for a Loo at church. We hope to be able to unveil our plans for this vital addition very soon. St James Church – Hanney PCC5 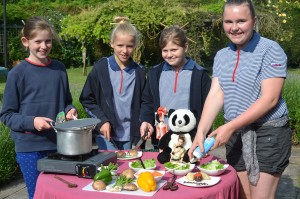 Hanney Guides love cooking. Last year we won the Oxfordshire Guides International Cooking Competition with our Chinese recipes. We have been able to renew our cooking utensils with the money we received from The Michaelmas Fayre 2013. Hanney Guides